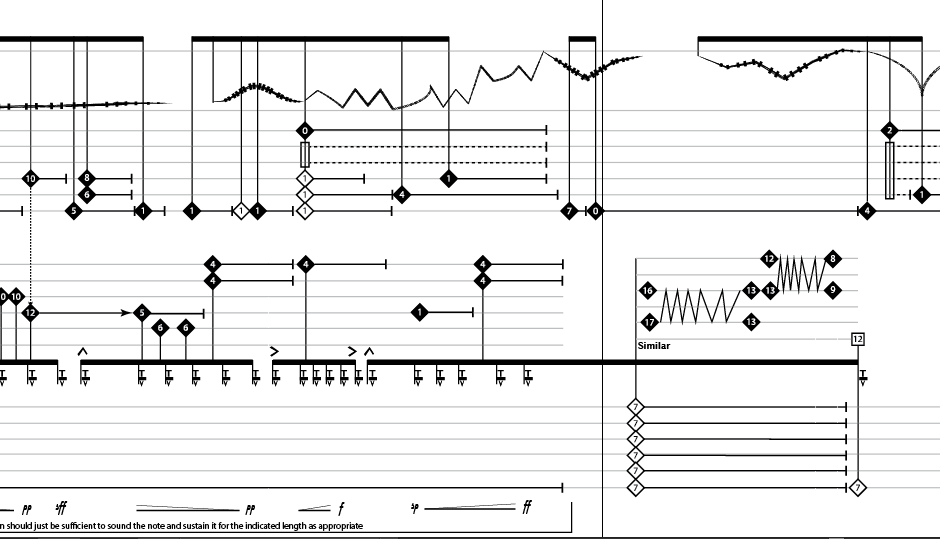 In a thin strip of woodland running alongside a rugby field, there is (or at least, there was) a bog. A friend and I once found a purpose there. We were to build a bridge from one side to the other. We spent most of the morning gathering the longest fallen branches we could find. The branches were meticulously sorted into piles of comparable length. Then, with myself thigh deep in the putrefied mud, and my friend standing on the top of the incline delineating bog from land, we carefully lowered the longest branches first, lengthways, in a number of columns just wide enough to accommodate a small pair of feet.

Climbing out of the bog and onto the freshly laid branches was an extremely delicate exercise: so as not to sink them with carelessly distributed weight, I first stretched my arms across them as far as possible. Then, torso grazing flat against the knots and bark, I slowly pulled myself along until my legs were free of the viscous body beneath. From there on out, it was a simple matter of taking each pile of branches across the partially built bridge and placing them in the bog. As long as nobody stood still for too long, the branches held, and by early evening, the two of us could cross from one side to the other and back again with relative ease.

Readers will not be surprised to hear that by the time of our return the following week, the bog had ingested our bridge. So, we spent most of the morning gathering the longest fallen branches we could find. The branches were meticulously sorted into piles of comparable length. Then, with one of us knee deep in the putrefied mud, and the other standing on the bank, we would carefully lower the longest branches first, lengthways, in a number of columns just wide enough to accommodate a small pair of feet. As the weeks went by, our methodology incrementally changed. Our improvisations became architectures. Elaborate, serious, obsessive. Layered with the ossified debris of one failed approach after another.

Eventually, we settled on a widthways configuration. This took many more branches, but they did not need to be particularly long, the route across was less treacherous, and neither one of us would need to climb in for the initial phases. We started to tie one branch to the next with vegetation. First, single strands, and then by twisting two, three, four stems for greater strength. Later came posts, driven deep into the bog, and melded to the structure with mud and knotted sticky-weed. For a time, ten, twenty, then perhaps even thirty pairs of branches with y-shaped offshoots near to the top would form crude supports for a grid of beams hovering precariously an inch or two above the bog. Twigs, leaves and detritus would be thatched across to fill the gaps. This was our most complex design and the most laborious to execute, but it was among our least successful. Unlike our more instinctual attempts, it failed to take advantage of the surface tension nature had gifted us. The vertical branches leaned and sank with our steps and the thatch slipped away underfoot. Eventually, we went back to an older way. I can’t remember what our last bridge looked like.

In pondering our persistence in the few days since this series of non-achievements came to mind, I’ve come to realize that many of my recent frustrations are born of a sense of passing time that we did not possess; a need for an imminent solution whose success predicates some other success, or is the means to some greater ends. We just kept building, repairing, re-building, failing and building again. We registered our lack of progress with a degree of nonchalance I think back upon with envy. This is not to suggest our little forays into amateur civil engineering were for their own sake: ultimately, we really did want to build a lasting bridge that people could use to cross the bog. In spite of our sincerely held instrumentalist aims, it was nevertheless only incidental to our purpose that the bridge was completely unnecessary. It was perfectly possible, after all, to get from one side to the other simply by walking a little further along the edge of the field before entering the woodland. At the top of the slope emerging from the far side of the bog were spiked railings barring the way to an unremarkable South Manchester street.